- diciembre 17, 2013
The ship Blue Marlin with its appreciable load mega carriers LHD Adelaide on its cover today robbery again in the port liners in Vigo , once docked , began specialists from different companies as Freire to strengthen the mega ship on your deck with different types clamping , and before leaving we will witness how these works were started to be seen as today once docked the super mega special cargo transport Blue Malin, welding them are a large super structures on both sides between the cover and the Blue Marlin the side of Adelaide, as are species of large pipes or scaffold -type structures ,


The Blue Marlin has dimensions of 225 meters long and 63 wide. Your deck space charge is 178,20 m x 63m , while the LHD Adelaide has 224.5 m long, so the Adelaide protrude almost 45 meters semi submersible structure , which does not affect the transport and the Blue Marlin has had far more challenging grades as when transporting had to plant the Norwegian Snøhvit gas liquefaction , and big rigs as were the Thunder Horse, Rowan Gorilla VI , Global Santa Fe Galaxy II , and transported on his twin deck Adelaide, the Canberra to Melbourne Australian antipodes. 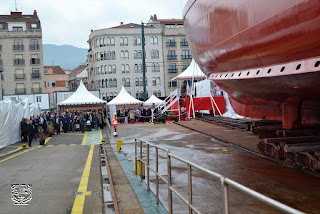 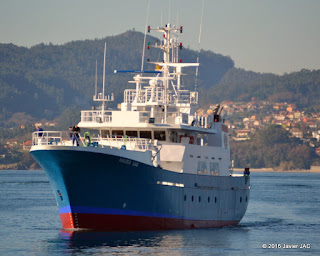